Legionella prevention: How to reduce the risk in your buildings

Legionella prevention is probably somewhere on your priority list if your role includes responsibility for buildings. Legionella presents a serious health risk to building occupants and visitors. Regular checking routines are vital for legionella prevention, but these checks are a significant drain on engineering resources.

This blog explores the importance of legionella checks and how IoT sensor technology simplifies information flow.

Let’s start with a definition.

Legionella is a type of bacteria that naturally occurs in freshwater. It becomes a problem when it multiplies within the water systems that serve homes and workplaces. Sinks, toilets, sprinklers, showers, drinking fountains, hot tubs and air-conditioning systems are among the common sources.

The growth of legionella bacteria is often at its highest when:

If the bacteria are inhaled at high enough levels, legionella can get into the lungs and cause one of two forms of legionellosis. Pontiac fever is usually a mild respiratory illness, but Legionnaires’ disease is far more commonly reported, particularly among older people and those with compromised immune systems.

Legionella is responsible for 60% of all water-borne diseases in the US. Reported cases rose to a record 10,000 in 2018 but could be at least twice that number due to the number of undiagnosed sufferers.

Legionnaires’ disease begins typically with flu-like symptoms and develops into pneumonia. In one in 10 cases, it can be fatal.

Legionella prevention has to be on the agenda of anyone whose role includes building and occupant safety.

Why is legionella prevention so vital?

The conditions that promote legionella make it a particular concern in buildings that are old or not fully occupied. This is one reason why there was a renewed focus on legionella following the lockdowns that left premises empty for long periods during the pandemic.

Legionella’s increased risk to the elderly and immunocompromised people also make it a key concern for healthcare facilities, including hospitals and care homes, as well as hotels, colleges, public buildings and leisure venues.

Legionella prevention is not only an obligation to occupants or users of a building; it is also a financial and legal imperative.

One US study by the Centers for Disease Control (CDC) combined the cost of lost productivity and medical treatment to produce an estimated annual economic burden of $835bn.

There is also a legal obligation. In the UK, a care home provider was fined £1.5m following the death of a resident from Legionnaires’ disease. Health and safety legislation requires all UK employers, or people in control of premises, to take steps to mitigate and deal with risks associated with legionella bacteria. Legal duties include identifying and assessing sources of risk, preparing a scheme to prevent or control risk, implementing, managing and monitoring precautions, and keeping records.

How to ensure legionella prevention?

A risk assessment for legionella prevention should be part of any building's health and safety policy. It needs to cover the building’s water systems and any associated infrastructure such as pumps, heat exchangers and heaters (calorifiers).

Three of the most important responsibilities are:

Are your legionella prevention checks missing something?

Legionella prevention requires a regular checking regime covering agreed points along the pipe system. This is typically a manually-intensive activity, with engineers traveling between locations to perform periodic inspections, flush taps and note down their findings. Manual checks take up hours of staff time, are vulnerable to error and leave information gaps where bacteria could be multiplying without anybody noticing. The incubation period of Legionella is only 10 days in water between 20 and 45C. Since many organisations only monitor a small subset of the pipe system once a month, potential risks may not be picked up.

A smarter approach to legionella prevention

The rise of smart buildings technology is providing a better way to manage legionella prevention. IoT-enabled sensors are connected to water pipes to provide constant real-time water temperature and flow monitoring. The data feeds into a dashboard for trend analysis and alerts when key parameters are breached – so that engineers can visit sites where necessary.

Accurate monthly reports provide proof of regulatory compliance and serve as a basis for the more efficient deployment of engineers.

It’s a breakthrough for building managers who need to reduce their legionella risk while simultaneously improving the efficient utilisation of their staff.

Photo by Jos Speetjens on Unsplash 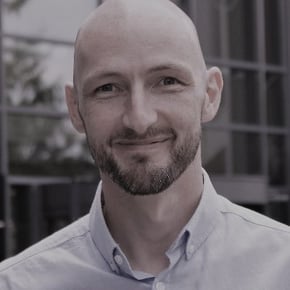 5 reasons to put laboratory temperature monitoring on your roadmap

3 ways to drive up sustainability in restaurants with Checkit

Sustainability has become a top priority for the restaurant industry. But what can restaurant operators do to improve their ...
Start Reading
Nick Henderson May 4, 2022 4:17:47 PM 8 min read